We service Australia, New Zealand, USA, Canada, UK and most of Europe.

The gameâ€™s protagonist, Geralt of Rivia, is the titular Witcher, monster hunter, embarks on the quest to save his adopted daughter from the Wild Hunt, a band of warriors who want to use her to their own ends. The Witcher 3 puts emphasis on action and crafting, as well as completing side-quests for various NPCs, which reward player with gold and experience.

The Witcher III is a TPP action role-playing game. The player controls the character of Geralt, the titular witcher. Geralt has various types of movement at his disposal, including walking, running, rolling and dodging. He can also, for the first time in the series, jump, swim and climb over obstacles. Geraltâ€™s arsenal includes two swords â€“ steel (for human enemies) and silver (for monsters and other creatures), crossbow and bombs. The swords have two modes of attack. Light attacks are fast but deal little damage, whereas heavy attacks are strong but take a while to perform. A player can also block attacks and counter them. The witcherâ€™s swords have limited durability and after a while will require repair. 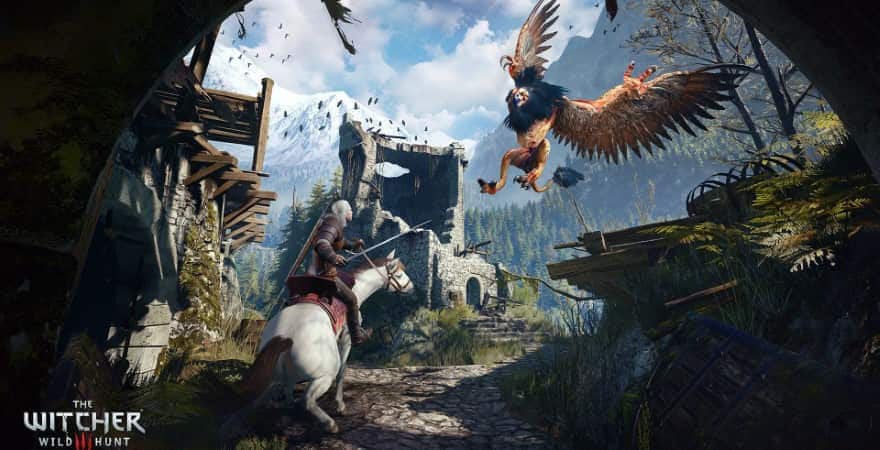 In addition to conventional weapons, Geralt can use magic sings. Each of them has different effect including telekinesis, confusion of enemies, burning or deploying force field around the character. Like swords, magic signs cannot be used all the time. They require stamina, and when that is spent, a player canâ€™t perform magic. A player can use consumables, such as potions and food to restore health lost in battle. Meditation is another way of restoring HP. To reduce health loss, Geralt can also be equipped with armor.

The adversaries in the game are both humans and monsters. Monsters can be influenced by the day-night cycle implemented in the game, changing their statistics and making them harder or easier to defeat. A gamer can learn about monsters and their strong and weak points in the in-game bestiary and prepare accordingly. Upon being killed, enemies can be looted for valuable items, which can be stored in the inventory or sold to the vendors. Geralt possesses a witcher sense, which aids the player in locating valuables. 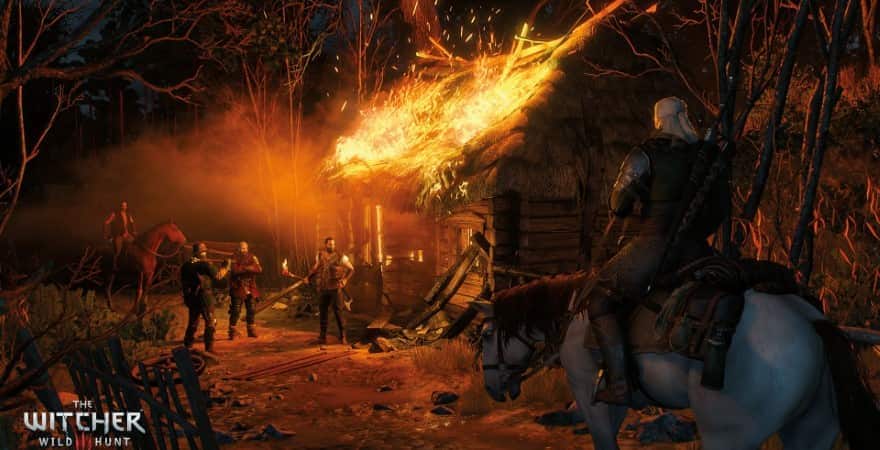 As with similar action-RPG, The Witcher 3 Wild Hunt focuses on narrative, making choices and interacting with NPCs. There is a total of 36 endings in the game, each of them affecting the NPCs that the player encounters. Geralt can also indulge in a romance with several of the female characters by completing specific side quests. Speaking of side quests, completing these as well as other missions gain player experience points. After meeting a certain threshold, Geraltâ€™s level increases and is rewarded with ability points. These can be spent on upgrading one of four skill trees: combat, signs, alchemy (necessary for crafting potions) and general (increased vitality or crossbow damage, etc.).

The game is set on the Continent, which is divided into several regions. Geralt can travel between them freely using modes of transportation, such as boat or Roach, his horse. The witcherâ€™s mount can be summoned at will, and be used in combat. However, encountering monster can spook it and cause Geralt to fall off the horseâ€™s back. The game includes many side activities ranging from searching the map for points of interest, to horse racing, boxing and playing Gwent, a popular card game in the world of The Witcher. 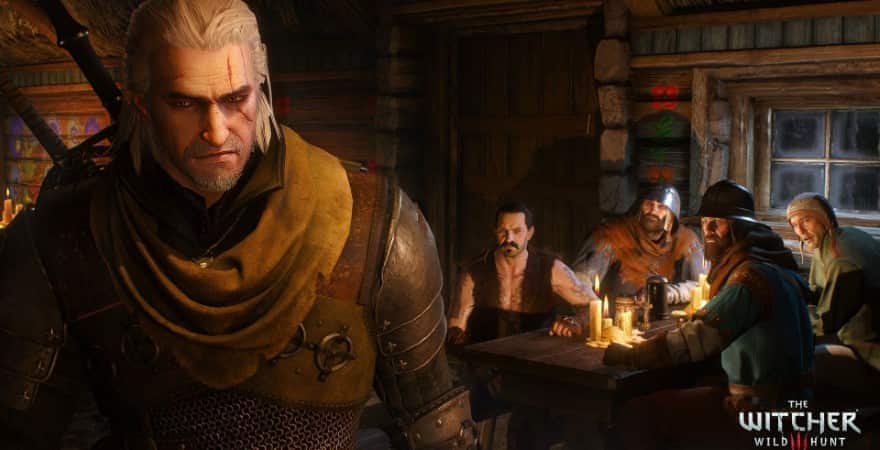 The Story begins when Geralt finds out that his adoptive daughter Ciri is being targeted by the Wild Hunt, a company of spectral warriors from another dimension. They plan to use the girl's magical powers to their own goals. Together with his lover, sorceress Yennefer, and other allies, Geralt embarks on a quest to save Ciri and the Continent from the threat of the Wild Hunt.

Characters in the game

The Witcher III features many familiar faces known from previous installments as well as the pages of the books. Aside from Geralt, Yennefer and Ciri, characters such as Dandelion, a bard and Geraltâ€™s friend, Triss Merigold, Geraltâ€™s former lover and Vesemir, the witcherâ€™s mentor, make their appearance in the game.

The Witcher 3: Wild Hunt for PC gained nearly universal acclaim from both players and game critics alike. They praised the open game world, combat mechanics and attention to details. The game received plenty of awards and accolades in various categories such as Most Anticipated Game, Game of the Year, Best Narrative, Best Technology and a lot more.