We service Australia, New Zealand, USA, Canada, UK and most of Europe.

Battlefield 2042 is a multiplayer first-person shooter developed by EA DICE. It is another release of one of the most popular shooter game franchises in the whole industry, that gathers millions of players from all over the world, battling each other on virtual battlefields.

The game takes us into a not distant feature, introducing new weapons, tools, and vehicles. The game features very high-quality graphics and realistic gameplay. It is also worth mentioning that each map in the game is dynamic and it changes depending on players' actions - every construction and building can be destroyed with guns, vehicles, or explosions.

Despite the fact that, the new Battlefield does not feature a single-player story mode, the developers prepared a small introduction to the game's universe. BF 2042 takes players into the not-so-distant future. The United States of America and Russia are on a brink of war. For years, soldiers fighting for both sides of the conflict, take part in battles that will affect the whole world. 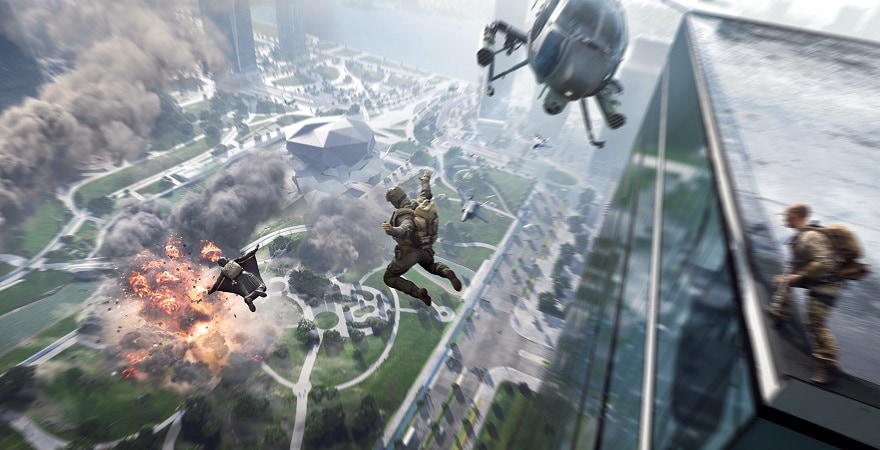 The Battlefield series has always put its main focus on multiplayer gameplay, and BF2042 is no different. Huge multiplayer encounters are the main element of the gameplay. Developers decided to travel in time, taking players to the year 2042. This futuristic setting introduces many new gameplay mechanics, weapons, and tools, used on the battlefield. During the game, the action is presented from the first-person perspective.

Before the battle, players choose their soldiers from four available classes, common for the series. Each specialist features different traits and is equipped with different tools and weapons. Players can utilize a rich arsenal of weapons, that can be freely modified on spot to match their playstyle. In Battlefield™ 2042, we can find many useful gadgets like the grabbling hook, hi-tech combat armour, or a wingsuit. The game features seven big, diverse, and dynamic maps that change during the gameplay. In addition to that, battlefields may change due to some sudden atmospheric events like storms, tornados, etc.

Because of the fact that maps are significantly bigger than in previous instalments, now the game allows 128 players to fight each other on a single map. It is worth remembering that just like in any other game from the Battlefield franchise, vehicles play a vital role during encounters. Players can control various combat vehicles. Each of them is prepared for a different type of combat, features a set of pros, and cons, and requires different skills to use it effectively. 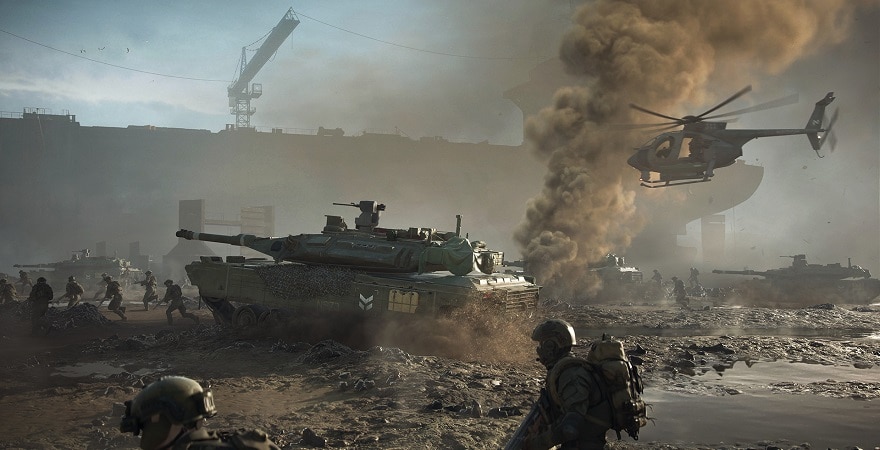 Battlefield 2042 introduces a new game mode called Hazard Zone, which will take the role of the main game mode in this release. Players will also be able to play in improved and modified traditional game modes, like Conquest, Team Deathmatch, etc. It is worth mentioning that the game will feature cross-platform gameplay, allowing players to jump into combat against players from various gaming platforms.